Cats give you a brainworm that makes you love them. How else do you explain letting a little yelling claw monster into your house?

Just look at her. The little terror. Here are two monsters that operate on the principle of making people feel things.

Hybrid animals are made by wizards. They are almost never an end to themselves, but merely a product of magical experimentation. It is better to figure out how hybrid Clone + Reincarnation spells operate on animals before you try it on yourself.

A few of these hybrid animals have escaped the magical laboratories where they were hatched. With no natural predators, their populations have exploded. They are an ecological disaster. 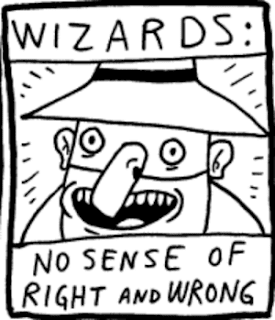 You've seen these before. And you hate them.

Owlbears emit a pheromone that generates intense feelings of loathing to anyone within smelling distance. Rangers and elves have learned that owlbears are nearby when they begin to get that gnawing feeling of dislike, with the pheromone just on the edge of their perception. When they think "You know who I really hate? Owlbears," they know it's time to take action. 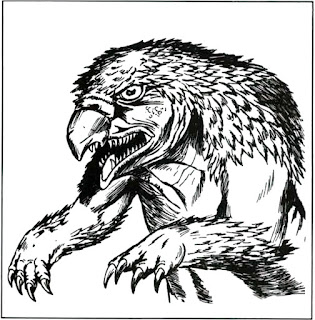 Bear Hug: If a victim is hit by both paws in the same round, the owl bear hugs for an extra 2d8 automatic damage.

I Hate Owlbears: If there are any visible owlbears, any attack or spell cast must include an owlbear as a target.

Awww! Look at it! It's making a face! Wow, it's just like a little people. Ha ha, it's scratching me! How cute! I'm going to name it "Ramen Noodle."

Owlcats emit a mild toxin through their claws. Anyone scratched by an owlcat feels an intense feeling of affection towards all owlcats. Gnomes are immune. This has no practical combat effects, but does compel many people to keep owlcats as pets. No matter how poorly tempered the owlcat, infected people frame all actions of the owlcat in cherubic terms.

Owlcats favorite food is the glue used in bookbinding. They love to pull apart books to lick the spines. They are ruinous in libraries. 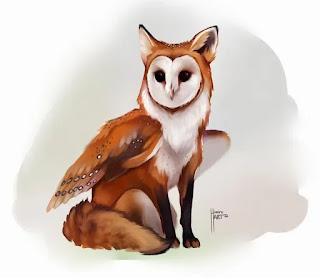