The Future of His Majesty the Worm

Next steps for the tabletop roleplaying game HIS MAJESTY THE WORM

Reflections of the game designer

Itchfunding, its successes and failures

Digital editions and the perils of printing

I plan on releasing HIS MAJESTY THE WORM in 2022. There will be two forms:

If you want to stay in the loop, please sign up for my mailing list. I’ll ping you when this stuff is ready for your hot little hands.

The rest of this post is a long one—a culmination of six years of effort. If you’re a fan or designer who wants to hear about my experiences and process, read on.

Next steps for the tabletop roleplaying game HIS MAJESTY THE WORM

His Majesty the Worm is a forthcoming Tarot-based megadungeon crawling RPG. It is a new school game with old school sensibilities.

His Majesty the Worm is designed to make the “boring parts” interesting: encumbrance, exploration, light, hunger, resource management, and relationships are actually fun and central to the game’s flow. It zooms in on a slice of life inside the dungeon.

In 2022, I am finalizing the remaining steps needed to release the game.

I’ll talk through each of these briefly.

One of the things I’m doing during my few days off this weekend is going through applications I’ve received for potential editors. The book has already been copyedited on a chapter by chapter basis, but I look forward to getting holistic help to make sure each section is still working together.

I’m not a great layout designer; see “Layout” below. (But it is fun and I am learning.) However, I am a pretty good information architect. Documentation is literally my day job.

I’m going to use Obsidian Publishing to create a gamebook portal. A fully linked rules compendium with side-by-side views allows you to navigate through the text in a way that makes sense for you. Not just during your first readthrough, but each subsequent time you use the book at the table.

Once the text is finalized, I’ll be working with someone to help with the print layout. My goal is to do most of the tedious work of actually setting text myself, but will be working with a designer to make sure the book actually looks halfway decent and will come out of a printer correctly.

I’ve already seen what an incredible benefit a good designer brings to the table.

For reasons I talk about below, I’m not going to be using a traditional crowdfunding platform like Kickstarter.

My goal is to instead fund rounds of print runs based on interest. I’ve been talking to a cool new storefront called cardboard.monster. If you want a physical edition of the game, you can sign up to be a part of a print run. Once 30 people express interest, they’ll print the game and ship it to your front door.

I have designed HIS MAJESTY THE WORM to be printed as a box set. This is for two main reasons.

For example, if the GM needs the monsters, he can have the Monster appendix open in front of them. The two sorcerer players can share the Sorcery appendix and sit next to each other. The core book can be passed around as people need to look up and reference rules.

Reflections of the game designer

His Majesty the Worm began six years ago. I was working a lame job that gave me a lot of free time. I started writing the text in emails to myself.

I’ve always written games. As soon as I learned what an RPG was, I “made” one. It wasn’t playable, but it definitely was words on paper. I was 12.

At some point I made games for my friends that we actually played. His Majesty the Worm was me saying “Well, if my friends and I are having fun, maybe someone else will too.”

About five years ago I started playtesting His Majesty the Worm. Playtesting is fun but also a new type of work.

The standard we used was “Is this rule fun? No? Throw it out.” If I saw a player get flustered or frown at something, we’d stop the whole game to talk it out. When running the game, I wasn’t the game designer anymore. I was just there to facilitate discussions.

We’d try rules one way during one session and another way during another session.

Eventually the game crystallized. We played the same way every time. We got used to the procedures. We grokked and enjoyed the flow of the little numbers and cards moving around.

I felt it was time to get some people into the game that weren’t in my immediate friend group.

Itchfunding, its successes and failures

Two years ago (as a sort of pandemic project) I made an Itch page for His Majesty the Worm. Since then, I’ve released four of the game’s appendices as PDFs. Most have been PWYW.

Each release bought me two or three pieces of art. Each piece of art I had made the game feel more professional, more real, less dream.

The biggest con about Itchfunding for me was how very long this campaign has lasted. I’m a party of one. Despite the incredibly insightful and generous help of a rotating cast of online and offline playtesters, I am bound by the laws of space and time. I can only do so much.

Most of my work is done in 5-7 hour stints on Sundays. And not every Sunday. Sometimes I have travel, family stuff, weekend work, podcasts, that eat up my writing time.

However, the long campaign seems to finally be paying off. I’ve been Itchfunding to raise money for editors, artists, and layout designers for two years. The initial goal was to amass enough collateral to launch a Kickstarter campaign.

Now, I am not going to do this. 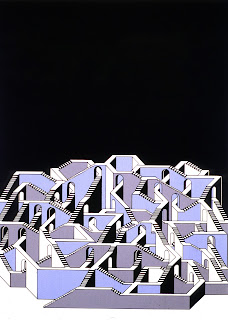 Kickstarter announced in late 2021 that they were moving to a blockchain system as an “open-source protocol to increase functionality.” This is, of course, meaningless jargon.

A lot of people in the indie RPG community were understandably upset by this. Blockchain is an environmentally disastrous technology that isn’t meaningfully changing the way Kickstarter functions for designers or users. “We’re getting worse,” Kickstarter gleefully announced.

Indie designers who rely on Kickstarter for their income are in a hell of a place. Do they continue using The One Big Platform to make money or do they try and explore the smaller, alternate options?

Both because I want to give alternate options more power and because blockchain technology for jargon’s sake is unconscionable, I decided to go in another direction.

Digital editions and the peril of printing

There was a movement in 2021 away from PDFs as standard delivery for digital games. I think some of the points that this movement made were justified (Adobe is essentially a monopoly with shitty practices) and other points less so.

NAME THIS ALCHEMICAL BOOK was an experiment with putting PDFs through their paces. There were four different game texts - all with different imagery - layered on top of each other. By pressing a button on the cover, you determined blindly what book you'd read.

However, I think that His Majesty the Worm is such a sizable book (~170,000 words) that a PDF is not the best fit.

I looked around for a lot of alternatives before finding Obsidian. I’ve used plenty of documentation tools in my day job and find they all have pros and cons. The way that Obsidian nests information is really appealing to me (and, I hope, you).

In some ways, the Obsidian-based HIS MAJESTY THE WORM GAME PORTAL will be the “official” way to consume the game. It will be maintained like a living document with errata and fixes.

At the same time, I know that people want physical editions of the games they play. Lord knows I do.

Handling printing on my side is something that carries a lot of risk. Again, I’m a one man operation. This is not my day job. My nightmare scenario is having a garage full of printed books accumulating dust because the breakdown of the global supply chain means I can’t fulfill my backer’s orders.

This is why I think that slowfunding (a theme for this game, really) print runs is the wisest way to move forward. If you’re interested in getting a physical edition, the success of the game’s digital edition will drive how quickly that can happen. If there’s not enough interest, you don’t waste any money. And importantly, I don’t waste any money either.

I want to know more about His Majesty the Worm!

If you want to get your hands on the digital or print editions of His Majesty the Worm when they are released in 2022, please do sign up for my mailing list. This is the best way I know to tell you when the game is ready.

If you think this sounds cool and hope to one day play it with your friends, why not tell them about it now?

If you would like to continue to support the game while it’s in these crucial stages of nascency, please consider throwing a couple bucks to one of the His Majesty the Worm appendices on Itch. Each of these games has rules that you can immediately apply to the game of your choice, whether that’s the dragon game, some indie OSR darling, or something farther afield. Each and every dollar you spend is delivered directly into the hands of artists and editors. (I have not yet made a single dime on this game.)

Lastly, please ask questions! I'd LOVE to tell you about this project!

Email ThisBlogThis!Share to TwitterShare to FacebookShare to Pinterest
Labels: His Majesty the Worm