This is fucking boring:

"If a Magic-User wishes to add a spell to a spellbook without a prior reference to the spell (from a scroll or another spellbook), there is more intensive research to be done. A Magic-User can research spells of a higher level than he is able to cast and add them to his spellbook, but he may never prepare such spells. He can, however, write them on scrolls. For spells that are on the standard spell lists, the process costs 25 sp per day."

A magic-user can cast a random spell of a level they could possibly cast at any time. They just sorta say some words that come naturally, wave their wand around, and see what happens.

If you have not prepared the spell in question, this is called chaos magic.

When you use chaos magic, the GM has free reign to cast the spell's effects however they want. The "caster" and "target" are completely at their discretion.

You use Chaos Magic to cast Charm Person? Cool. You're the target. The mangy dog cringing under the porch is the caster. You are now utterly enamored with the mangy dog.

The GM can also make it work more or less fine. Whatever. It's up to them.

When you use chaos magic, note down the spell that happened with that particular result. For example, you rolled a 2 and fell in love with a dog? Cool. You can try and replicate these effects later.

OK, so first tell the GM what spell you're trying to learn. Then spend silver. Any research attempt takes 1 day x spell level.

By spending silver on baseline research, you can ignore spells lower than a particular given entry on any particular level's spell list. This can get you into spitting distance for the spell in question.

The cost for baseline research is equal to (level x 5 silver x numerical entry). For example, for level 1 spells, spending 25 silver on baseline research would start the step 2 process at 5+ of the spell list. Similarly, for level 3 spells, you could spend 75 silver to ignore the first five entries of the spell list for step 2. Using the same math, spending 90 silver would let you start step 2 at 2+ of the 9th level spell list. And so on...

Next, buy a spell experimentation die to roll for research attempt.

If you got exactly the number of the spell you tried to learn, congratulations! You now know this spell and can prepare it as normal. 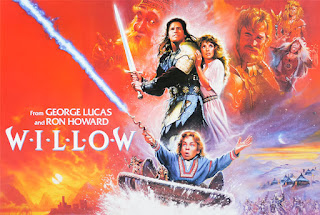