This is a continuation of my review of Gradient Descent, the horror sci-fi megadungeon for Mothership. Part 1 can be found here.

This review covers my experiences running Gradient Descent as a one-shot. As such, it is spoiler heavy. Avoid this review if you plan on enjoying this module in a way outside that of a snooty critic.

The module claims to be about "what it means to be human." When I was prepping this game, I wondered what this meant exactly.

Does the module do any of that, or was that just a snappy claim?

This is the crux of this review.

Prepping the one shot

We had never played Mothership before. We had a session 0 to make characters, and it was a fucking delight. The character sheet is a work of genius. Look at it. The character sheet teaches you how to make your character. It answers questions before you can ask them.
We also went over my basic safety tools and talked about our expectations for horror games.
> The "patches" of Mothership is probably the biggest stroke of genius in any game. Roll d100 and gain a random patch on your coveralls. No mechanical benefit, but goddamn if it doesn't drip flavor. It's beautiful.
The setup for the one shot was thus: The Company offered to terminate the PC's indefinite contract if they could get [random artifact] from [random location].
Since Gradient Descent is a megadungeon and we were still wrapping our heads around the rules, my players agreed that the spaceship rules weren't important for this one shot. As such, we decided to handwave any spaceship content. I cut the blockade and the Bell from our session. The players were to go in, get the goods, and get out. 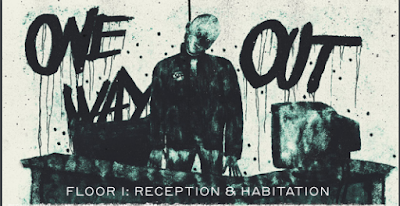 (Secret possible ending: The doctor, being extremely paranoid about MONARCH's parting sentiments, kills the rest of the crew after they enter stasis. We agreed it happened outside of canon since "play" had stopped.) 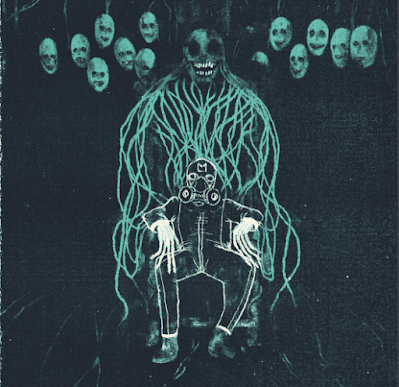 Usability at the Table

I had several copies of Gradient Descent open at once.

This was easier than jumping up and down in the text, and is one of the advantages of PDFs.

As I mentioned in Part 1, I desperately wished I had some of the art and the map in a spoiler free format. This would have been a big add at the table. As it was, only I got to appreciate this content.

I had been concerned that it would be hard to track MONARCH's Stress levels and responses, but it wasn't really. When these events happened, it felt meaningful and obvious--not tedious or subtle.

The PCs explored two floors of the Deep. Each floor was compelling and tense, with subject material that gave the players visceral reactions.

In theory, I like how these rules "sound." In practice, over our five hours, I did not roll a random encounter. As such, my fears about having too few encounters were certainly unfounded.

Panic, Stress, and the Bends

Similarly, given the somewhat limited time frame of our one shot, characters accumulated Panic and the Bends, but only minor bumps came from it. The tension was building over the one shot, but never quite popped.

Combat was perhaps the least tense and most boring part of the encounter. This was possibly since we were all still learning the rules. Your mileage may vary.

How did these answer the question of "What it means to be human?"

The Bends mechanic was interesting, but did not pay off in a 5 hour game. As a megadungeon, this is probably not surprising.
Gradient Descent is minimalist. This is both a pro and a con. In some ways, it felt like I was given a lot of really rare ingredients but not a recipe. I wondered if I was combining them in the right way.
Silent Titans spent several pages making sure you could actually use the "pretentious artpunk trash" that it presented. There were some solid essays in the first few pages of that book. The game was ridiculous, but I also felt equipped while running it. Not so much with (the more grounded) Gradient Descent.
This might not be Gradient Descent's fault as much as the one-shot format. Maybe it's designed for a slow burn, not a quick pop.

Does Gradient Descent deliver its promise that it explores what it means to be human? I'm not sure. It didn't for me, at least.
Do I recommend it? Yes. This thing is honestly just full of cool ideas. Weird ideas. Upsetting ideas. It threads a good line between "scary" and "usable."
I think six months of play will reveal a very different experience than a one shot. I keep wondering "What if..." and wanting to go back into that. So it's definitely captured my imagination.
Pick up your copy here.
Posted by Josh at 6:46 PM